China’s traditional educational model had as its primary purpose ensuring political and social stability by providing the government with officials who exemplified its conservative Confucian orthodoxy. But education, centered on ancient texts, calligraphy, and poetry, had little practical application in politics, much less in foreign policy. Mathematics, science, technology, world geography, foreign languages, and non-Chinese history were largely ignored, making it difficult for government officials to deal with the modern world that was encroaching upon the nation in the nineteenth century.

American missionaries to China in the nineteenth and early twentieth centuries sought not only to share their religions, but also to introduce the country to international ideas in education, medicine, and science and technology. They established schools and hospitals, focusing much of their efforts on disadvantaged groups in Chinese society: women, the deaf, the blind, the poor, and the maimed. Some of the institutions, such as Peter Parker’s Ophthalmic Hospital, were affiliated with specific missions, while others, such as the school of Mrs. Annette Thompson Mills for the deaf, were private endeavors. Even future Nobel Laureate, Pearl Buck, the daughter of missionaries, was teaching English to Chinese children at the age of twelve.

For westerners, China was not the sole preserve of merchants and missionaries. Some expatriates served in China with the imperial Chinese Maritime Customs Service, which required foreign recruits to learn Chinese after their arrival. Still others went to China on scientific or exploratory forays, such as sociologist Sidney Gamble, botanist Frank N. Meyer, and even two sons of U.S. President Theodore Roosevelt. The philosopher and educational reformer John Dewey lectured widely in China from 1919 to 1921, with his talks translated by Cornell and Columbia graduate Hu Shih (Hu Shi), later China’s ambassador to the United States.

The first Chinese to graduate from an American college was Yung Wing (Rong Hong; Yale College Class of 1854). In 1872, he headed the Chinese Educational Mission, which sent 120 boys to New England to acquire an education that could be used to strengthen China upon their return. Seven years later, Harvard engaged Ko Kun-hua (Ge Kunhua) of Ningbo as the first Chinese instructor to teach in the United States.

By the first decades of the twentieth century it was not uncommon for Chinese to seek advanced training in the United States or for Americans to work and study in China. Alumni associations of Chinese with American degrees were – and still are – pivotal in fostering intellectual ties between the two countries. 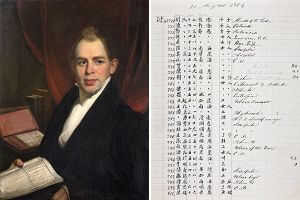 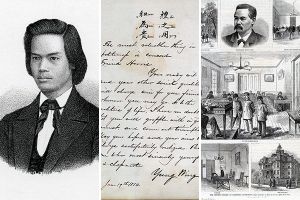 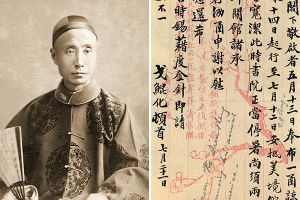 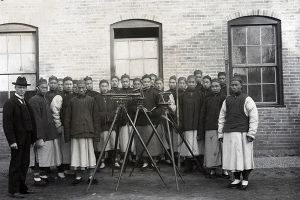 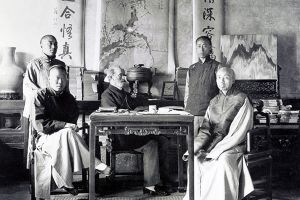 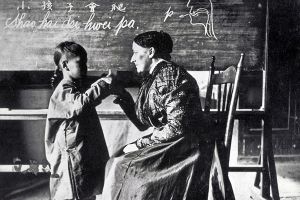 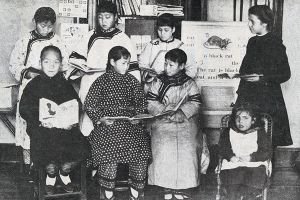 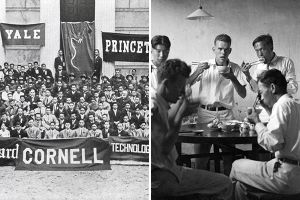 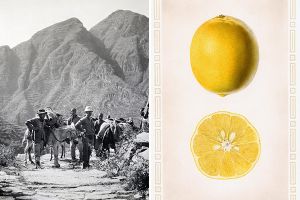 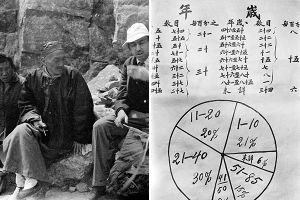 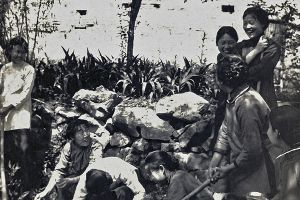 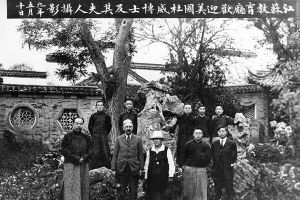 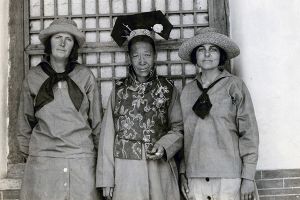 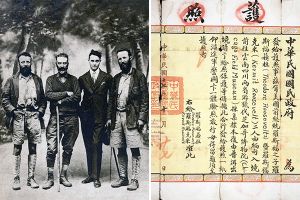 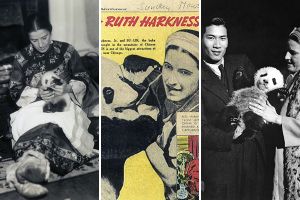