While the young American republic and the age-old Chinese Empire had differing approaches to foreign relations, the two countries initiated formal interactions in 1843 when U.S. President John Tyler, pressured by merchants to protect American trade, dispatched Caleb Cushing to the Qing court as American minister. Soon after, Cushing negotiated the Treaty of Wanghia (Wangxia), which granted the United States the same rights previously given to other Western nations, including fixed tariffs on trade and the guarantee that American residents in China would be tried by their own consular officers. As a gesture of goodwill, the U.S. government declared the opium trade illegal for American merchants. The Treaty of Wanghia marked the beginning of official relations between the two countries.

In 1861, U.S. President Abraham Lincoln appointed Massachusetts State Senator Anson Burlingame as minister to China. Burlingame pursued a policy of equality and cooperation that was unmatched by other Western powers. Thus, when China, hesitant in securing its place in the international community that it had reluctantly joined, determined in 1867 to appoint a minister to Washington, D.C., the position was offered to Burlingame. With his broad experience in American politics and his dedicated service in China, Burlingame proved to be the ideal choice. In 1868, Burlingame collaborated with Secretary of State William Seward to amend the 1858 Treaty of Tientsin (Tianjin), and the resulting Burlingame-Seward Treaty was acknowledged as the first equal treaty between China and a Western nation.

Diplomatic exchanges between the United States and China continued apace. Former U.S. President Ulysses S. Grant conferred with China’s leading statesman, Li Hongzhang, in China during Grant’s world tour in 1879. When Li visited the United States and other Western countries on an official tour in 1896, he paid his respects at Grant’s tomb in New York.

The Boxer Uprising (1900-1901) strained China’s relations with foreign countries. Following the Eight-Nation Alliance’s lifting of the Boxers’ siege of the foreign legations and the return of the Empress Dowager from self-imposed exile, the Qing court became more accommodating to foreigners, with the Empress Dowager even receiving wives of Western diplomats. At the same time, Wu Tingfang, China’s minister of foreign affairs, was welcomed on his tours around the United States during his Qing posting in Washington, D.C.

Over the following decades, China figured prominently in American foreign policy as U.S. presidents welcomed Chinese envoys and supported the nation during the Sino-Japanese War (1937-1945). However, there was no official contact between the American and Chinese governments from the end of diplomatic relations in 1949 until the move towards normalization of relations beginning in 1971. 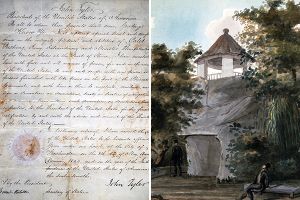 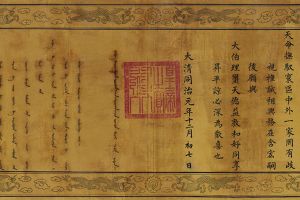 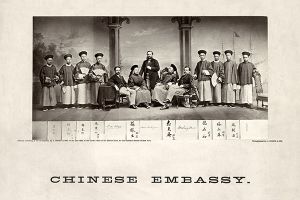 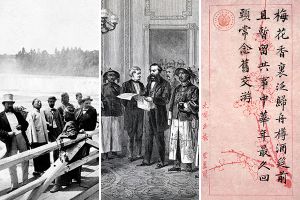 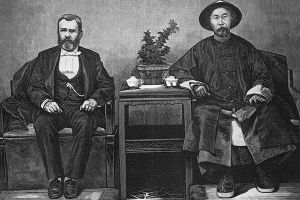 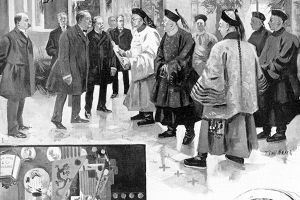 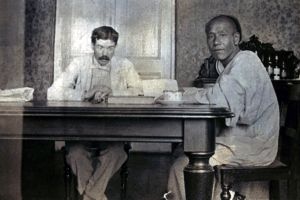 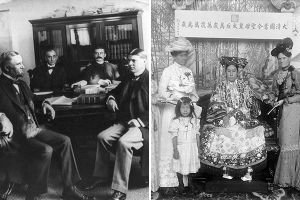 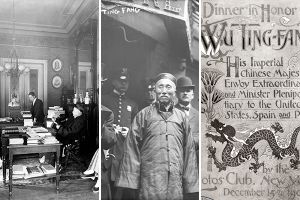 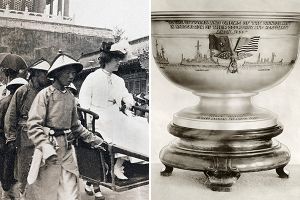 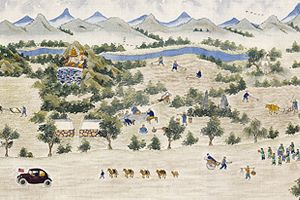 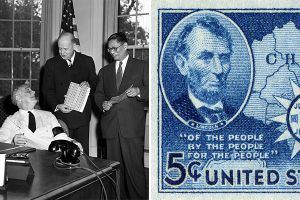 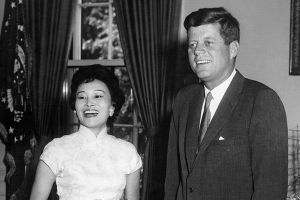