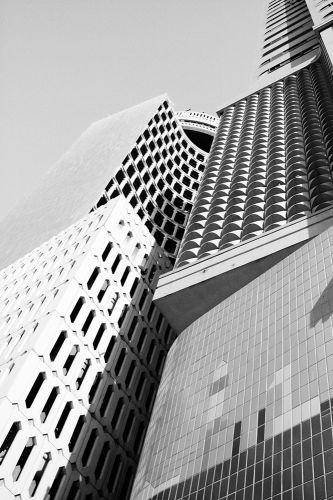 Alia Saeed Al Shamsi, who is of Emirati and Italian descent, received a master’s degree in photo-imaging from Durham University and a bachelor’s degree in photography from Griffith University’s Queensland College of Art. She has worked for several years as a photojournalist for local media, covering both regional and international news. Al Shamsi has exhibited her work in solo and group exhibitions throughout the Emirates and abroad, including at the 2006 Biennale Internazionale di Fotografia in Brescia, Italy. She was a founding member of the Durham Arts Festival in 2008. Al Shamsi previously worked in the Word and Image Department of the Victoria & Albert Museum in London, and more recently with the government of Dubai, Emaar Properties, Gucci, HSBC, and Rolls-Royce. She also lectures on photography at the American University of Sharjah. Al Shamsi currently resides in Sharjah.

The concept behind Alia Saeed Al Shamsi’s Forgotten Building series is to showcase the urban development in the United Arab Emirates that occurred from the 1960s to the 1980s. The artist avoids Dubai’s iconic skyscrapers and instead chronicles earlier, rarely discussed architecture to underscore the importance of historic preservation. In Forgotten Building I, she photographs structures primarily built during the 1980s in Deira, a business district in Dubai that has lost some of its significance in recent years due to new commercial developments throughout the country. Since these older structures are often overlooked or forgotten, Al Shamsi highlights their unique characteristics using dynamic perspectives and compositions to evoke a renewed sense of pride for these architectural gems. 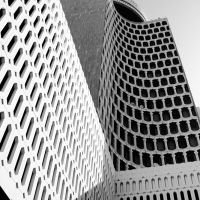