Mohammed Saeed Harib, a well-known Emirati animation director, studied general arts and animation at Northeastern University in Boston between 1995 and 2001. Harib joined Dubai Media City’s marketing department in 2003 and worked on several high-level initiatives, including the Dubai International Film Festival and the Ibda’a Media Student Award. In 2005, he left his position at TECOM Investments to establish Lammtara Art Production, where he created the highly popular and critically acclaimed animated television series FREEJ – now a cultural icon throughout the Gulf region. In 2008, CEO Middle East magazine named Harib “Young CEO of the Year,” and from 2008 to 2012, Arabian Business magazine recognized him as one of the “World’s Most Influential Arabs.” Harib is currently working on the animated feature The Prophet with the director of The Lion King and producer/actress Salma Hayek, along with the Doha Film Institute. 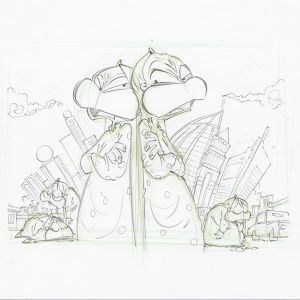 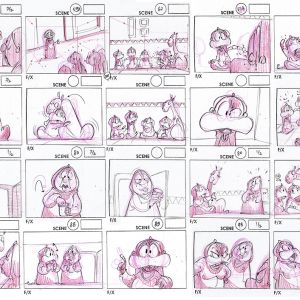 Mohammed Saeed Harib’s FREEJ is the first three-dimensional animated cartoon to debut in the Middle East. FREEJ, which means “neighborhood” in Emirati dialect, celebrates the culture and traditions of the UAE through the eyes of four grandmothers living in a secluded neighborhood in modern-day Dubai. These women cover their faces with the traditional burqa – a metallic-colored, embroidered cloth that mimics a falcon’s features and protects their faces from the sun and desert sands. While motivated aesthetically by Walt Disney’s animations, Harib draws inspiration for his plot and character development from the significant role his grandmother and other women played in Emirati family life. Before the discovery of oil, men of his grandfather’s generation spent months away from home to earn a living through pearl diving, while the matriarchs raised the children in harsh financial circumstances. In referring to his grandmother, Harib explains, “She was the superhero.”