Ebtisam AbdulAziz, a multidisciplinary artist and writer, holds a bachelor’s degree in science and mathematics from the United Arab Emirates University in Al Ain. Since 2001, her video performances, photography, and paintings have been featured in numerous solo and group exhibitions in Bonn, Dubai, New York, Paris, and Tokyo. She participated in the inaugural UAE and Abu Dhabi Authority for Culture and Heritage Pavilions at the 53rd Venice Biennale, as well as in the 7th Sharjah Biennial. AbdulAziz has also worked for Al Tashkeel magazine since 2000 and contributes art reviews to other publications. She belongs to several associations, including the Emirates Fine Arts Society, Dubai Youth Theatre, and Art Atelier. Born and raised in Sharjah, AbdulAziz works out of her studio near the Sharjah Art Museum. 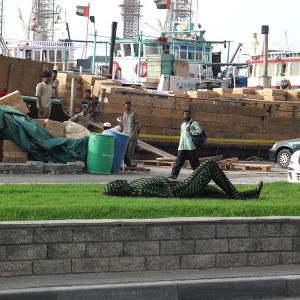 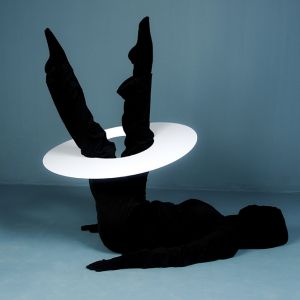 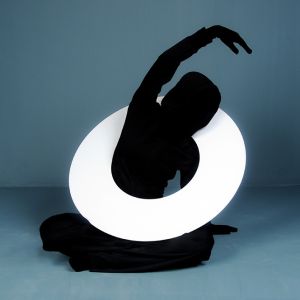 As a reflection of her academic background, Ebtisam AbdulAziz incorporates her unique perspective on mathematics and the structures of systems to analyze issues of identity and culture through installations and performance pieces. In her video Autobiography, the artist explores the idea of consumerism and personal worth using what she views as universal languages of today – money and wealth. For her performance, AbdulAziz wears a black suit with green numerals gleaned from her private bank statements and confronts spectators as she wanders through public spaces in Sharjah. These numbers reference how not only Emiratis, but also how people around the world assess their position within society based on financial status. For AbdulAziz, bystanders’ reactions to her appearance in mundane environments, such as the grocery store, demonstrate the absurdity and sadness of this current reality.