Alaa Edris is a visual artist who holds a bachelor’s degree from the College of Fine Arts & Design at the University of Sharjah, with a concentration in electronic media. Her work takes distinct forms between video installations, photography, and projections onto three-dimensional surfaces. She is known for conducting extensive research for her projects to explore social issues, semiotics, and tradition in contemporary Emirati culture. Edris has exhibited in the United Arab Emirates and abroad, including in Bangladesh, England, and Italy. In 2011, Maraya Art Centre commissioned Edris to create a site-specific installation throughout the Al Qasba district as part of the Sharjah Biennial, as well as for London’s 2013 Moving Image contemporary video art fair. She currently lives and works in Sharjah. 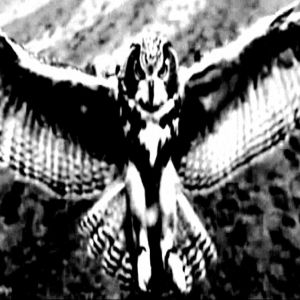 Kharareef – Fables from the Trucial States

In Kharareef – Fables from the Trucial States, Alaa Edris appropriates found film footage and melds it with her own work to create a visual version of the Emirates’ oral traditions. The video adopts an expressionist cinematic style with its assembled recordings, which form a dreamlike path for viewers. It is composed of excerpts from British documentaries that tell the story of the Emirates before their confederation along with footage from the artist’s personal video archive. “Kharareef” refers to fables that elderly family members recounted to impart moral lessons to children. The heroes of these stories are seven women who allude to jinnat, female demons that served as popular subjects in Arab folklore.